“In writing this book, Barry McCain has done a great service not only to those interested in the McCain ancestry, but to everyone fascinated by the millennia-old connections between Scotland and Ireland. In this volume he demonstrates the complexity of those connections, highlighting, for example, the often-overlooked Gaelic heritage of many of the families from Scotland that made Ulster their home. His use of DNA analysis to investigate otherwise hidden aspects of his ancestry serves as an exemplar of the way in which this technology can be applied to family history and the search for our forebears. Throughout this book Barry's enthusiasm for his ancestry in both Scotland and Ireland, and his love for the people of both countries, shines through. This is a book to encourage all of us as we seek to discover something more of our past.” 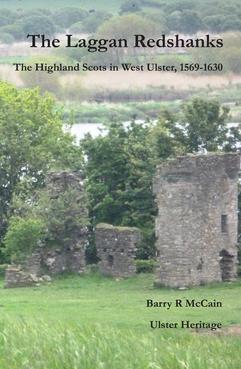 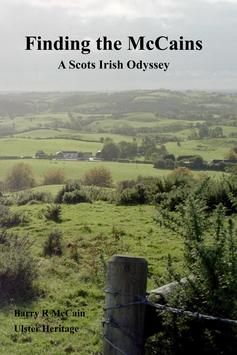 In the sixteenth century Scottish Highlanders settled in the Laggan district of east Donegal. They were called Redshanks. The history of the Laggan Redshanks has many fascinating elements which include Clann Chaimbeul and their dynamic leader the fifth Earl of Argyll, Gaelic sexual intrigues, English Machiavellian maneuvers, and the Redshanks themselves. This book not only tells the fascinating story of how a Highland Scottish community became established in the Laggan, but also includes the surnames of the Redshanks and notes of their origins in Scotland, which will be of interest to family historians and genealogists.

"This is a unique piece of work.  Not only has Barry R McCain produced a fine book that is very interesting to McCains--and it is that in spades--but to historians of Irish identity and Irish migration as well.  McCain uses the story of his search for his own Gaelic roots to demonstrate how the intelligent use of DNA helps to fill historical gaps that traditional historical techniques never could.  The results are dramatic and strongly challenge the traditional, nationalist mythologies of Irish historiography."

Finding the McCains, A Scots-Irish Odyssey

Finding the McCains is an account of a man’s 40 year odyssey to find the McCain family in Ireland.  Senator John McCain and his cousin, novelist Elizabeth Spencer, both include a short history of the McCain family in their respective memoirs Faith of our Fathers and Landscapes of the Heart.  Their history is a romantic tale of Highland Scots who supported Mary Queen of Scots and who fled to Ireland after her downfall in 1568.  The search for the McCains became a mystery story with clues, false turns, many adventures, and then ultimate success through Y chromosome DNA testing.  In 2008 the McCains were reunited with their family that remained in Ireland, after 289 years of separation.

The McCain history includes people and events familiar to readers of Irish and Scottish history; Redshanks, Iníon Dubh, Mary Queen of Scots, the Earls of Argyll, the Ulster Migration, and the Scots-Irish, are all part of this family’s history.  Faint memories of this past were told for generations in Mississippi and as the research progressed the facts behind these memories were uncovered.

The Y chromosome DNA results revealed that the McCains of Mississippi, which include Senator John McCain’s family, are the same family of Wallace and Harrison McCain, the founders of Canada’s McCain’s Foods, one of the most successful corporations in the world.  They are also the same family as James McKeen who organized the 1718 fleet that began the great Ulster Migration to the English Colonies.  All these families are paternally related and they all descend from one Gaelic man named Mac Eáin that lived in Kilmichael Glassary parish, in mid Argyll, in the Scottish Highlands, in the 1400s.

The book tells of the author’s many trips to Ireland in search of his distant cousins there.  There are anecdotal stories, some humorous and others involving “famous” people; such as, Phil Robertson of Duck Dynasty, Mary Coughlan (Irish Tainste or vice president), Cindy McCain (wife of Senator McCain), Seán Mac Stiofáin (1970s head of the IRA) , Alan Heusaff (WW II German officer in Dublin who later became president of the Celtic League), and Muhammad Ali.

Another theme in the book is the Scots-Irish.  Contemporary histories about the Scots-Irish present stereotyped and romanticized accounts of this dynamic group.  Finding the McCains reveals a more complex history and shows the cultural conflation common in Scots-Irish popular history.